Marty grew up in a good home. No screaming, no fighting, no arguing. They always had enough. Udesireable things were met with “Are you sure you want to do that?” or another ambiguousinsult. His grandmother and grandfather on both sides were alive and kicking. They were happy, or so they seemed. The only real skill they’d ever developed was the art of clinging. Their clinging kept them alive.

Marty’s grandparents coveted every penny, every fabric, every trinket they’d ever laid eyes on. This behavior trickled into other aspects of their lives.

Marty’s grandparents strangled the life, creativity and personal sense of curiosity out of both of his parents. Marty couldn’t see it. He was born into it. His idea of a good life was making sure everyone else knew he was special. The way grandma and mom made him feel. Ideally, he’d never change.

Both men stood the same way. Ate their breakfast the same way. Marty II even whistled through his two front teeth whenever he got too excited.

Critical thinking was like a thorn in his shoe. The effort made him focus too hard.

He hated his life, his parents, his wife and most of all himself, just like Marty Sr.

There was one thing that really passed Marty II off: Why.

There were times he knew. He hated those times. Marty didn’t like being responsible for his unwashed greasy face, dirty bedroom and bad manners. He wasn’t beautiful. Marty was a boy. He couldn’t be beautiful without being a homosexual. That’s what his father told him. Love was gay. Talking about anything real was for women.

“A boy’s first lesson is learning not to cry,” Marty II would often regurgitate. This was a common idiom that seeped from his chapped, thin lips. He would often push his glasses up while repeating grandiose phrases he barely understood. Like his father, Marty II knew everything.

And, just like his father, everyday was filled with the same internal strife and passive aggressive murmurs to his wife. Marty was himself the most when he did the things he advocated against: expressing his feelings, not concerned about other people or belonging, and giving his wife the freedom to just be herself without looking like a Stepford wife by 8 am.

Unfortunately, Trudy, Marty’s wife was raised just like him. She hated Marty from the moment she laid eyes on him. That was love right? Safety. What’s safer than mimicking your parents? They know what they’re doing. But, by God, don’t ever let me be my mother, she’d say.

Her best friends were like her in that they hated her and themselves as well. They expressed this through subtle inflections, imperceptible sighs and rumors. “That’s how people live, until they don’t. Then they go to heaven,” she often thought. At the age of 50, her face was stiff, her frown was glued to her mouth and her mind was focused on clinging. Her life was destined to be long, drug-free, alcohol-free and orgasm-free. Who needed that stuff anyway? We’re all sinners and happiness doesn’t get you into heaven. Sex never lasted more than 4 minutes. 10 if Marty II was drunk. It always hurt.

This story isn’t about Marty’s parents. This his about him. MartytraM.

Thanks for reading! Share with your friends and all that stuff. Cheers. Kumbaya. Etc. 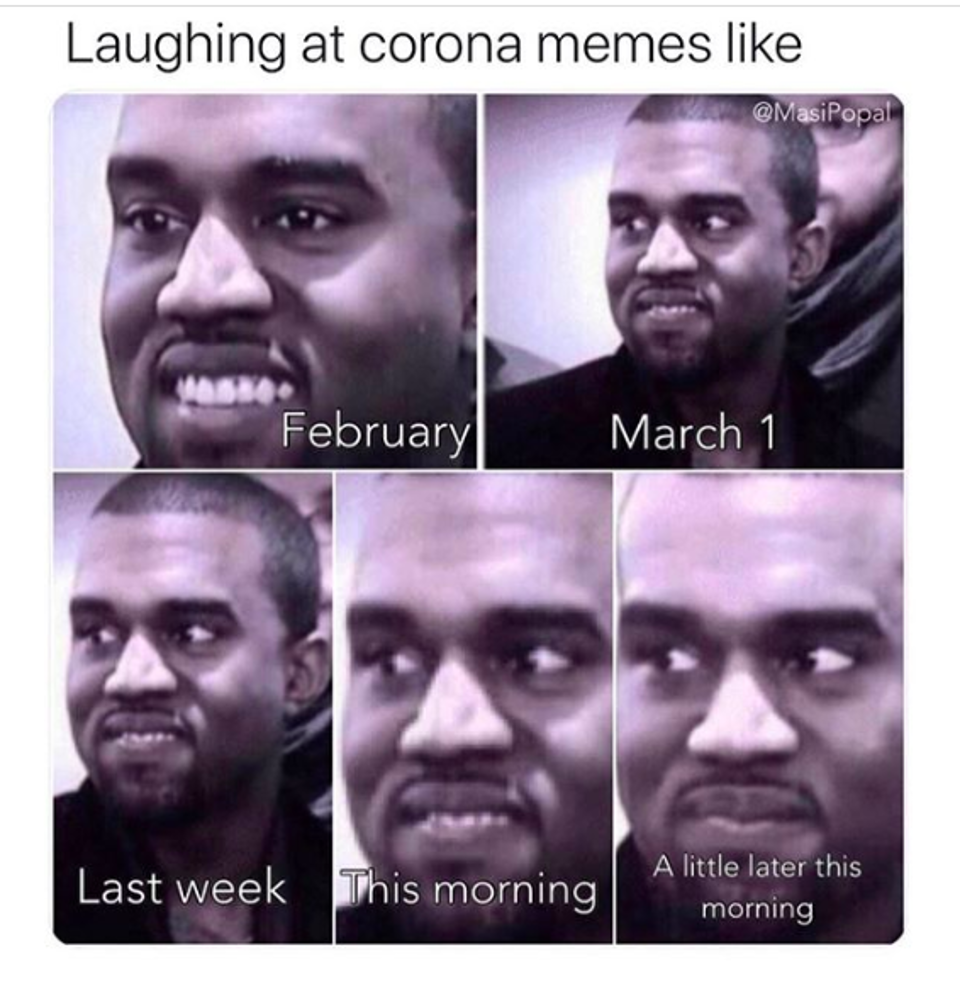 Rather than putting his phone down and thinking about why a tear is forming on the crease of left eye, Marty III, picks his nose while struggling to get out of his crotch-smelling, dirty pants. “Mom has to do laundry again. Fucking bitch,” he thought. Like his favorite social media tool, his mom’s initials in his mind were FB. He groaned and played on his phone. Surfing through different Twitter, Instagram and Facebook profiles. “Should’nt put your pics on facebook, if you don’t want me doing this. Bitch,” he muttered, squeezing his penis until it hurt.

At 17, the scariest thing Marty III could think of is the internet going down. The second scariest thing is that social media ceases to exists. The third fear is that COD quits releasing games. He clutches his penis until it cries. He feels good, until the temporary relief passes. Marty flushes the toilet, washes his hands, then leaps back onto the couch. He swipes through Tinder on his phone again, then gets bored and flips to Tiktok.

A post catches his eye. It’s from his friend, Shawn. He sends Shawn a DM. “You got anymore of that stuff? Wanna hang out, loser?”

By Mark Figueroa It was Thursday. The last Thursday in February. It was cold, cloudy and windy. Fred sat in his car, watching Samantha. She held her son Robert and struggled to close the door behind her. Fred sighed. Samantha gave him the finger. She slapped the icy hood of the car and opened the … END_OF_DOCUMENT_TOKEN_TO_BE_REPLACED

By: Mark Figueroa | Twitter: @anthony_abyss The Heartland, a large county in North Western Jersey, is composed of several small suburbs and tranquil towns, like the illustrious snow-covered Thatcher Township, and peaceful Harwaven. Unknown to the inhabitants of Heartland County, there are many wonders and mysteries lurking around their suburbs.  — Every morning at 8 … END_OF_DOCUMENT_TOKEN_TO_BE_REPLACED

By: Mark Figueroa | Twitter: @anthony_abyss The Heartland, a large county in North Western Jersey, is composed of several small suburbs and tranquil towns, like the illustrious snow-covered Thatcher Township, and peaceful Harwaven. Rich in culture and diversity, and best known for its oddities, the Heartlands are also home to the “Nànan Wàbi”, or the … END_OF_DOCUMENT_TOKEN_TO_BE_REPLACED

Lars fogs up his silver, rock-shaped flask. He polishes the chromatic surface and sighs. “First the godsdamned bottle I left in Scotland, then the laddie with nay a constitution. Oy, I reckon kids ta’day’re as complicated as human will ever be, I s’pose. En’t it so, Teppin?” Lars asks, shoving the flask into his tunic … END_OF_DOCUMENT_TOKEN_TO_BE_REPLACED

It’s a warm Summer evening in Harwaven. Shawn stumbles out of his room, tipsy from a sip of a mysterious prismatic liquid. He grabs a light hoodie and shimmies his way out the door in cargo shorts and Vans, fidgeting with the bottle in his pocket. His sister, Amanda, grabs his hood before he gets … END_OF_DOCUMENT_TOKEN_TO_BE_REPLACED

Heartlands: End of a Season

Amanda skips rocks over the lake. Her father, Wes, sips his beer, then shakes his line. “That was weird. That Harwaven Roe,” Amanda says, staring into the distance. She grabs another handful of pebbles and watches birds glide through the trees. “I don’t ever want to experience anything like that again.” Her words are muffled … END_OF_DOCUMENT_TOKEN_TO_BE_REPLACED

The ratio between vertical load (weight/mass) and adhesion force (the point at which to unlike things attract). It’s Valentine’s Day afternoon. Marianne and Walter Sr. visit Walter’s childhood friend, Jason Pannetti. They have a nice brunch courtesy of Erin. The couples discuss the goings on with their lives, work and everything in-between. The women split … END_OF_DOCUMENT_TOKEN_TO_BE_REPLACED

Heartlands: Picking Up the Tracks

by Mark Figueroa | Featured Art by A Forgotten Pen at @theforgottenpen Walter Schreren Jr.’s (or Junior as his family calls him) screams wakes his parents. Another evening of consoling him before sunrise. For the past 2 years, every 3 days he’s had the same dream at 4 am sharp. At first, there was no rhyme, reason … END_OF_DOCUMENT_TOKEN_TO_BE_REPLACED

Wes sits on the docks, enjoying his crispy chicken cutlet sandwich. For decades, this would never have been possible in July, since winter used to begin in late April. It’s been just over a month since Harwaven Grove, a small town near Thatcher Township, has experienced any snowfall or temperatures below the high 70s. With … END_OF_DOCUMENT_TOKEN_TO_BE_REPLACED

Heartlands: Snow in the Summer

By Mark Figueroa As schools prepare for summer, Professor Claudio Pannetti paces around his classroom. He stops at window overlooking the main road to the town. His crestfallen eyes skip over the snow-covered trees and the overcast horizon. He watches the snow drift along the breeze, clinging to the grass, concrete and asphalt, leaving thin … END_OF_DOCUMENT_TOKEN_TO_BE_REPLACED